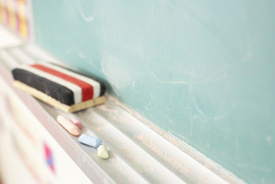 The guardian of a nine-year-old boy who attempted suicide as a result of incessant bullying has filed a $10 million suit against the city and school.

Baltimore, MD – The grandmother of a nine-year-old elementary school student has filed a lawsuit against the Baltimore school system and the city, claiming the boy attempted to hang himself at Leith Walk Elementary, as reported by The Baltimore Sun. The lawsuit alleges the incident occurred after his teacher ignored repeated complaints of being bullied.

The suit was filed Thursday, April 15, and alleges gross negligence on behalf of the boy’s teacher. She is accused of snapping pictures with her camera phone before helping the boy, who managed to tie his jacket vest up to the classroom door coat hanger, put his head through the sleeve and kicked the chair he was standing on out from under himself.

The child was diagnosed with Attention Deficit Disorder and took classes within the school’s special-education system. The attempted hanging took place in a special-ed classroom in December 2009, according to the lawsuit.

The lawsuit names the Baltimore public school system, Baltimore city, the city school board and the school, Leith Walk Elementary.

This suit follows last week’s news of a young girl attempting suicide within a Baltimore school.

Baltimore Mayor Stephanie C. Rawlings-Blake reportedly spoke with city schools’ CEO Andres Alonso, and told reporters that he and school officials are concerned about the bullying situation at Gilmor, the school where the third grader expressed thoughts of suicide.

The student’s grandmother, Renola Dower, and her attorney described the situation for the nine-year-old as one of constant harassment.