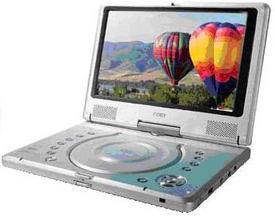 Legal news for product liability attorneys – The CPSC and Coby Electronics announced a recall of rechargeable batteries that sold with portable DVD/CD/MP3 players.

Consumers are recommended to stop using the recalled products immediately, unless instructed otherwise.

The Lake Success, NY-based electronics manufacturer warns consumers that the rechargeable batteries may overheat, posing a fire risk to those using them. Approximately 32,600 batteries make up the recall. Approximately 13,000 units were the subjects of an October 2008 recall.

Coby Electronics received 22 reports of the instruments overheating. According to the CPSC release, there were “Eighteen additional incidents of the battery overheating in the TF-DVD 1020 model, 17 of which resulted in property damage ranging from minor up to $9,650.”

The recall consists of Coby DVD/CD/MP3 players with product numbers TF-DVD 1020 and TF-DVD 8501. The product numbers are printed on the bottom of the battery units, and have serial numbers:

The products were manufactured in China.

Any additional information regarding this recall can be found through contacting Coby Electronics at (866) 945-2629 between 8a.m. and 5 p.m., Monday through Friday. Consumers are also recommended to visit the company’s website at www.cobyusa.com.