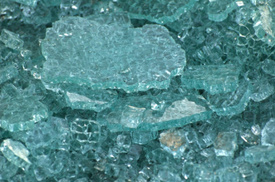 Legal news for Connecticut automobile accident attorneys – A car crashes into a rock wall, catapults onto a roof and comes to rest amidst power lines in a front lawn. Driver OK.

Stamford, CT (www.NewYorkInjuryNews.com) – A single-vehicle crash on Friday, April 23, 2010, resulted in a hole in the roof of a single-story accountant’s office and downed power lines, according to the Stamford Advocate.

According to reports, Chenpai Lee of Stamford, was driving northbound on Newfield Avenue when his car crossed into the southbound lanes, smashed into a stone wall, flew into a front yard, rocketed end over end onto the roof of an accountant’s office and finally landed in the yard, facing the opposite direction from which it came.

Authorities reported the car brought down power lines as well, resulting in the driver being unable to exit the automobile until Connecticut Light & Power crews arrived to cut electricity to the wires.

Lee was not seriously injured.

The Certified Public Account who owns the building/office that now has an impromptu skylight told reporters early estimates of damage to his property are between $20,000 and $30,000. He was not at the office when the accident occurred, but was called after police arrived at the scene.

A neighbor to the office reported being woken from the noises of the crash at approximately 12:30 a.m. Friday. She described the sound as if a bomb had exploded.

Pieces of her stone wall lay strewn across both lawns and her walkway. A chunk of grass was torn from her lawn as well, assumingly from a point of impact before the car went airborne. The lawn was also littered with plastic car parts and glass shards.

Police administered a toxicology test to the driver. They have not indicated whether any charges will be filed.