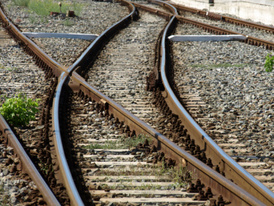 Queens, NY (www.NewYorkInjuryNews.com) – A New York transit worker was killed Monday, April 26, 2010, after he fell onto the electrified third rail at the Beach 90th St. station in Rockaway Beach, as reported by New York Daily News.

This accident marks the first fatality in three years.

An investigation was started to “both determine a cause and to ensure we prevent a recurrence,” according to NYC Transit President Tom Prendergast.

Prendegrast expressed his condolences as well, “We lost one of our own this morning and labeling this incident a tragedy is a painful statement of the obvious.”

A union official expressed outrage over the lethal accident though, explaining it was raining when Knell fell. He blamed NYC Transit for the accident, stating the organization should not have forced the men to work in the downpour.

Local 100 President John Samuelsen said, “Working in the rain around a live third rail is inherently dangerous, it shouldn’t happen…A man is not going home to his family.”

Knell, 45, is survived by his wife and two stepchildren. They lived in East Rockaway, Long Island. He worked for the agency for 13 years, a supervisor for the past nine, according to the NYC Transit.