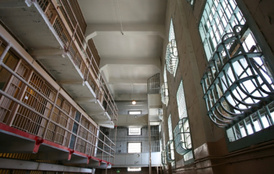 Legal news for Pennsylvania personal injury attorneys – A woman serving time at the Allegheny County Jail claims she was sexually abused, then attacked for reporting it.

Inmate was sexually assaulted by guard, then attacked by four other guards for reporting it.

Pittsburgh, PA (www.NewYorkInjuryNews.com) – A woman serving time in the Allegheny County Jail claims she was not only sexually abused by a jail guard, but was then retaliated against after telling jail authorities, as reported by www.WPXI.com.

The inmate, Shanea Climo, was sentenced to up to 23 months in the facility after she pleaded guilty in December 2008 for driving an ambulance intoxicated and causing an accident that killed two men.

According to reports from Channel 11 News, jail guard Charles Walker was accused of sexually assaulting Climo in December 2009. His hearing is scheduled for Tuesday, April 27.

After Climo reported the incident, four guards, including one female, attacked her in retaliation. Climo’s attorney claims she suffered a concussion and sprained ankle from the attack. The four assailants allegedly hit her head on the ground and bound her to a chair.

A spokesperson for the county declined to discuss the situation, or the status of the four guards accused of the attack, but confirmed an internal and police investigation is ongoing.

The ex-ambulance driver’s attorney told reporters that a federal suit against the jail will come as well, which alleges Climo’s civil rights were violated.

The lawyer explained, “The people who run the jail need to be a little bit more concerned about who they hire.”