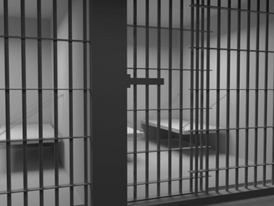 Glen Burnie MD (www.NewYorkInjuryNews.com) – A 64-year-old man who was serving time for driving under the influence suffered a heart attack on March 27, 2010 after died while in detention at Ordnance Road Detention Center, as reported by the Baltimore Sun.

Joseph Powell, of Severn, pleaded guilty on March 10 to driving while impaired by alcohol. His sentence consisted of 10 days of jail time and 18 months of probation.

He entered the facility on March 25 in order to serve the third of five 2-day sentences. On March 27, the day he was set to be released, he suffered “an upper respiratory episode,” according to Brenda Shell Eleazer, a correctional facility administrator for a Jennifer Road Detention Center in Annapolis. The medical staff at the detention center treated Powell and then transferred him to Harbor Hospital in Baltimore, where he died.

An autopsy is pending.

While attempts to reach Powell’s family have been unsuccessful as of Monday, April 5, his stepdaughter, Alfreda Proctor Turner of Crofton, told the Capital newspaper that the medical staff at Ordnance Road Correction Center incorrectly treated his asthma attack on March 27. The incorrect medicine resulted in Powel’s heart attack and death.

Eleazer told reporters that an investigation was being performed, and that she could not comment on the details of Powell’s death.

A spokesman for the county police reported that the department’s preliminary investigation found “nothing suspicious.”