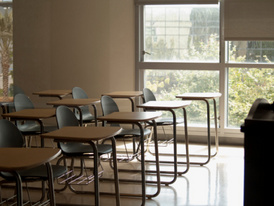 Queens, NY (www.NewYorkInjuryNews.com) – The family of a 12-year-old girl is seeking $1 million in damages from the city in relation to a February 2010 incident in which the girl was handcuffed and jailed for writing on her school desk, as reported by New York Daily News. The suit claims excessive use of force and violation of her rights.

The notice filed against New York City’s education department and the NYPD, which states Alexa was subjected to harsh treatment even before the arrest. According to reports the girl was using an erasable lime-green marker to scribble “I love my friends Abby and Faith” on a desk.

A teacher and the assistant principal consequently dragged her to the dean’s office, where school safety officers then searched her by placing “their hands inside the rear and front pockets of her jeans.” Police were summoned for her arrest.

The 12-year-old student was then perp-walked out of the school, in view of her classmates, with her hands cuffed behind her back. Officers would not let Gonzalez’s mother accompany her to the precinct, telling her to go home and wait for a call.

Upon arriving at the station, Alexa was placed in a room and handcuffed to a pole for over two hours.

City attorneys have not commented on the matter, but officials admitted the arrest was a mistake.

The lawsuit is ongoing, as well as a class-action lawsuit filed by the New York Civil Liberties Union in January on behalf of city middle- and high- school students.