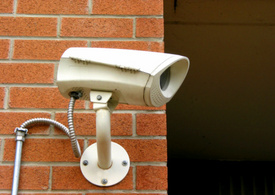 Albany, NY (www.NewYorkInjuryNews.com) – A Schenectady man whose face was disfigured during a fight that instigated police involvement in December 2006, alleged the troopers tampered with evidence proving an officer’s involvement, as reported by the Times Union.

Derek DeMeo recently filed motions within the U.S. District Court in Albany claiming a trooper conducted an unofficial visit to the bar where the incident happened and consequently, a surveillance tape that caught the fight and police intervention was deleted.

The allegations stem from a fight that occurred in front of the Bayou Cafe on North Pearl Street. According to reports, DeMeo’s face was smashed against a stone wall by a trooper during the fight, causing him to lose several teeth and suffer a scarring gash across his face. He was taken by ambulance to Albany Medical Center Hospital after the incident.

The troopers, Michael Reyner and Joshua Kean, were patrolling the city’s bar district the night of the incident. They claim they stopped to break up the fight, and upon doing so DeMeo ran away from the police. He then fell against a door and struck his face. Trooper Kean claimed he went to DeMeo’s side to administer first aid when a small group gathered and began accusing him of brutality.

DeMeo and his attorney claim Reyner may have deliberately deleted key portions of a digital surveillance tape outside the restaurant that showed what truly happened. Another tape from a separate camera also disappeared after the bar owner, Ralph Spillenger, received a court order requiring him to preserve it. The plaintiffs claim the officer visited the bar twice in efforts to see the tapes.

Officer Reyner denies the accusations, stating he only went to the bar one time, about two weeks after DeMeo was injured, and the visit was strictly based on his curiosity.

A sworn affidavit from Spillenger states that Reyner came back to the bar approximately an hour after the incident and asked to see the footage.

DeMeo’s attorney hired a private investigator who reported that key portions of the recording were deleted. The second tape, from inside the bar, was lost. The investigator claimed she viewed the footage from the inside camera before it disappeared. According to her statements, it showed Kean gripping DeMeo by the neck and walking him briskly toward the wall where he struck his head.

The concrete door where Kean claimed DeMeo fell and hit his head to cause the gash is a few feet east of a stone wall and sidewalk that a local shop owner said was stained with DeMeo’s blood several days after the incident.

The federal lawsuit filed by DeMeo names the two officers and the Bayou Café as defendants. The case is set for a jury trial.