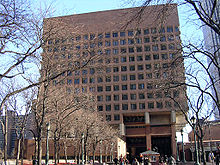 Woman claims cop forced her to the ground, belly down, causing her 6-month pregnancy to terminate.

Queens, NY (www.NewYorkInjuryNews.com) – A Queens woman is claiming brutality from a NYPD officer caused the death of her unborn child, causing her to give birth to a stillborn child, as reported by New York Daily News.

Felicia Dantzler, 21, has filed complaints with the Civilian Complaint Review Board and the NYPD’s Internal Affairs Bureau, in response to a March 21, 2010 incident in which she alleges a cop pinned her to the ground, belly-down, during a fight with a neighbor. She was six months pregnant. According to her complaint, the rough treatment from the cop caused her to miscarry, giving birth to a stillborn child five days later.

Dantzler filed a notice of claim with the city of Tuesday, March 30, 2010, setting up the grounds for a $5 million lawsuit against the NYPD.

The incident began when officers were called to Dantzler’s Jamaica apartment on March 21 after a break-in at a neighboring unit. A neighbor who Dantzler had previously had issues with was blaming Dantzler for the burglary. A fight ensued between the two neighbors and Dantzler took a swing at the neighbor.

Unfortunately for Dantzler, she hit an officer instead.

Dantzler told the Daily News the officer “threw [her] on the floor, face first,” holding her down with his knee at her back. A friend of Dantzler’s at the scene pleaded with the cop to stop, screaming that she was pregnant. The friend said Dantzler did not fight back while the cop roughed her up.

A police source claims that the two fell to the ground together after the officer grabbed her in restraint.

Dantzler said she felt fine after the scuffle but four days later on Thursday, March 25, a previously scheduled check up showed her child had no heartbeat or vital signs. She was sent to Jamaica Hospital in an ambulance and delivered a stillborn child the next morning.

Dantzler claims the pregnancy was problem-free prior to the incident.

The NYPD has not responded to requests for comment.