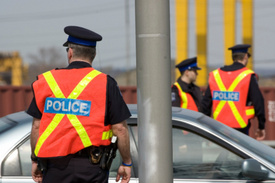 Legal news for New York personal injury attorneys – The family of a woman killed by an off-duty police officer is filing a suit against the NYPD for supposed cover-up.

Brooklyn, NY (www.NewYorkInjuryNews.com) – The family of a Brooklyn woman who was killed by an off-duty police officer in a drunk driving accident filed suit against the city, alleging police cover-up, as reported by NY1.

Vionique Valnord, 32, was hailing a cab after leaving a Brooklyn wedding reception in September of 2009 when she was struck by a car.

Andrew Kelly, the officer driving the car, was charged with drunk driving and vehicular manslaughter.

Valnord’s family claims that responding officers attempted to help sober Kelly up. According to the family attorney, fellow officers gave Kelly gum and water after the accident, delayed getting a warrant and delayed taking Kelly to the hospital for a blood test. Kelly did not take a blood test until seven hours after the incident. The test showed no signs of alcohol in his system.

The family has filed suit against the city, the New York City Police Department and Kelly.

Kelly is set to face the criminal charges in court this fall. In the meantime, he has been assigned to desk duty. He has apologized to the family.

The NYPD Internal Affairs Bureau is continuing an investigation on the cover-up and had no comment on its status as of Monday, March 29, 2010.