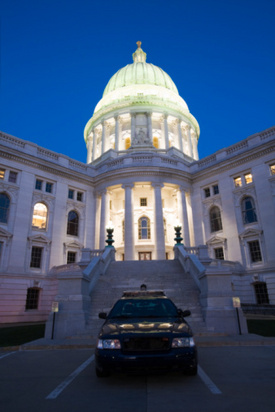 Legal news for Maryland wrongful death attorneys –The family of a man who died of injuries resulting from arrest filed a suit claiming negligence and police brutality.

Baltimore, MD (www.NewYorkInjuryNews.com) – A wrongful death lawsuit trial against two Baltimore police officers began Thursday, March 25, 2010, as reported by the Baltimore Sun. The suit was filed by the family of a man who suffered injuries and later died as a result of police arrest and detainment.

On November 23, 2005, Johnson, Sr., 43, was arrested for allegedly urinating in public. Officers Ferdinand and Riser handcuffed Johnson and placed him in the back of the police van. Apparently, no one fastened the man’s seatbelt and during the drive, his spine became dislocated and fractured, causing him to become a quadriplegic. He died December 7, 2005.Officer Nicole Leake was driving the van.

The plaintiffs claim the defendants acted maliciously by not securing Johnson’s seatbelt and then driving aggressively. The family claims it was Leake’s erratic driving that caused Johnson to be thrown around inside the van. They are also claiming the cops misrepresented the incident when filing their report.

In the 2007 wrongful death complaint, Johnson’s relatives claim officers kicked and beat the deceased with malice.

Johnson’s family is suing for $100 million.