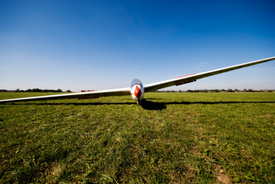 Legal news for New York aviation accident attorneys – Two women were injured, one seriously, after a plane ran out of fuel and crashed on NY road.

Small plane ran out of fuel while flying through Syracuse airspace, crashed.

Palermo, NY – (www.NewYorkInjuryNews.com) – Two women were injured, one seriously, on Sunday, March 28, 2010, after the small plane they were flying ran out of gas and crashed along a rural NY road, as reported by Syracuse.com.

Frances Englund, 56, of Fairport, reported being out of fuel shortly before crashing into a field at approximately 3:27 p.m., Sunday afternoon, according to Federal Aviation Administration officials.  Syracuse Hancock International Airport reported receiving a distress call from the plane prior to its crash. The airport is approximately 25 miles away from the scene of the crash. The crash was then reported to Oswego County police.

After impact, firefighters pulled the pilot and passenger out of the aircraft. Englund was taken by helicopter to Upstate University Hospital, and as of Monday, March 29, 2010, remained in serious condition. The passenger, Nancy Beck, 49, of Fairport, was taken to the hospital by ambulance and later reported to be in good condition.

Englund is chairwoman of the Finger Lakes 99s, a chapter of the Ninety-Nines, an International Organization of Women Pilots, as reported by www.democratandchronicle.com. She has had her pilot’s license for two to three years, and was working on becoming instrument rated, or able to fly in poor weather conditions. According to Sandra Brown, the group’s vice-chairwoman, (in regards to the crash landing) “It seems she must have done a wonderful job. It obviously could have been much worse.”