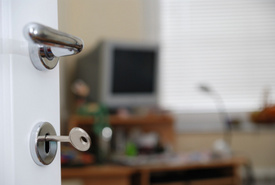 Legal news for Massachusetts wrongful death and personal injury attorneys – Nine teenagers have been charged in connection with the suicide of a 15-year-old high school student.

Northampton, MA (www.NewYorkInjuryNews.com) – Nine teenagers, three of whom are female, were indicted on Friday, March 26, 2010, in connection with the suicide of South Hadley student, Phoebe Prince, as reported by The Boston Channel. Charges include criminal harassment, violation of civil rights and disturbing a school assembly.

Two male teens, aged 17 and 18, have also been charged with statutory rape. More charges could follow upon further investigations.

Prince’s family had just moved to the U.S. from Ireland, making her a relatively new student at South Hadley. She took her life January 14, 2010 after months of being bullied in school and online. She hanged herself at her Newton Street home, where her younger sister found her in the staircase.

According to documents filed by the family’s attorney, Price withstood relentless bullying from students for three months, until the situation became “intolerable.” The district attorney said Prince’s bullying stemmed from a romantic relationship she had with one of the male suspects, which ended weeks prior to her suicide.

This suicide, along with many others that have occurred over the past few years have prompted calls for strict anti-bullying legislation to be passed.