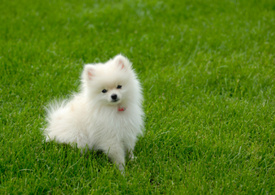 A Syracuse man is filing charges against Syracuse PD, apology not enough.

Syracuse, NY (www.NewYorkInjuryNews.com) – Artist Jeff Beck, a Near West Side Initiative homeowner, is pursuing a federal lawsuit  over an incident where police kicked in his door searching for a gunman and allowed for his dog to escape, as reported by Syracuse.com.

The incident, which occurred on October 20, 2010, led to an apology and offer to replace his door and dog, Sadie, who had been killed by a car after escaping the raid by former Syracuse Police Chief Gary Miguel. Beck declined compensation, and at 10 a.m. on Tuesday March 23, 2010, when he gave a sworn statement to city lawyers about his grievances.

Beck claims that officers illegally entered his residence under a warrantless search, that they mishandled the situation by not immediately informing him that his dog had been killed, and that an officer lied about the use of force for entry to the home.

Police reports give conflicting accounts of how officers entered Beck’s home at 4:33 p.m. that afternoon.

Syracuse police say they were responding to gunshots heard by an officer near the home. Several witnesses had told police they believed the shots came from around Beck’s backyard, according to police reports. They believed the house was vacant but could be a stash house. As police searched the house, Beck’s Pomeranian got loose.

Beck’s suit claims the officers allowed him to drive around the neighborhood for two hours in search of his dog, when the officers had known it was dead. A transcript of the 911 call released shows the dog was found dead at 5:19 p.m. Police did not inform Beck until approximately 7 p.m. The suit also states that police should have called animal control upon hearing an animal inside the home they were about to storm.