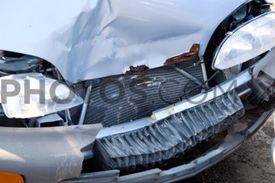 Harrison, NY (NewYorkInjuryNews.com) – The driver of a 2005 Toyota Prius escaped serious injury Tuesday, March 9, 2010, after accelerating on its own and crashing into a stone wall, according to the Daily News. The 56-year-old woman driving the car told police that she lost control of the car and shot across a busy street and into a rock wall with such force that the airbags deployed and several boulders from the wall were found 10 feet from the crash site. Emergency responders found broken glass, plastic headlight pieces and metal from a window frame nearby.

Harrison police Capt. Anthony Marraccini told reporters that the floor mat issue that had been the basis of many recalls was not the contributing factor to the crash. The vehicle had already been serviced by Toyota and the mats were secure.  The owner of the vehicle, Joseph Leff, supported his family’s housekeeper, stating, “She’s a wonderful driver…It’s not her fault. It’s the car.”

Toyota has recalled approximately 8.5 million vehicles worldwide, with more than 6 million from the United States, because of acceleration problems and braking issues. All 2004-2009 Priuses are covered by a recall Toyota announced in October over floor-mat entrapment. Police have kept the vehicle for investigation and it remains unclear whether Toyota will investigate. Leff said he called Toyota but has yet to hear back.