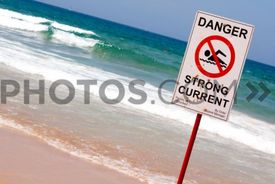 New York (NewYorkInjuryNews.com) – Michael Finney, a 20-year-old New York University student on spring break in Jupiter, Florida drowned on Friday, March 12, 2010, after getting caught up in a rip current, as reported by the Sun Sentinel. Finney was from Rochester Hills, Michigan.

Authorities say Finney, his friend Shresth Dugar, 21, and three other swimmers were caught in the rainy, wind-whipped surf. Finney and Dugar were swept 80 yards from shore by a powerful rip current and were struggling to get back to shore before being aided by people identified only as “unknown citizens” by the Palm Beach County Sheriff’s Office. The two men were trying to swim straight to shore but were not moving. There had been strong storms the day prior.

A witness to the event said a man jumped to the rescue after being flagged down by her and her husband. He reached Dugar and pulled him out, then turned and went back in for Finney. By the time the Good Samaritan got Finney onto the shore, the student was unresponsive and unconscious. Paramedics rushed Finney to Jupiter Medical Center, where he was pronounced dead at 7:09 p.m. Dugar was recovering and in stable condition, according to authorities. Finney’s twin sister, Jennifer, was part of the group of swimmers.

John Beckman, spokesman for NYU, said Finney’s family contacted the school to deliver the news and, “the NYU community grieves the loss of this young man; his family and loved ones are in our heart and prayers at this sorrowful time.” The man who rescued the swimmers never revealed his name.