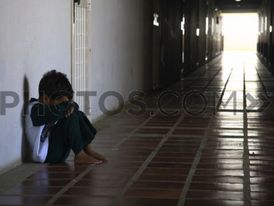 A $35M lawsuit has been filed stating a school ignored bullying activities.

Lynn, MA – The family of a 13-year-old boy has filed a lawsuit against the city of Lynn, MA for $35 million, claiming the Brickett School ignored bullying activities, which lead to a spinal injury, as reported by thedailyitemoflynn.com. The complaint states that Mathew Mumbauer was the subject of unyielding bullying at the Brickett School and he suffered a spinal injury that left him confined to a wheelchair.

According to police reports filed in 2008, the incident that led to his injuries happened on March 10,2008, after being pushed down a flight of the school’s stairs.

The incident was never reported though, and police only learned of the event after seeing fund-raising posters around town. When questioned over why no complaint was ever filed, the mother explained herself by telling police that they were too busy “running around with all that has happened to my son.”

As stated in police reports, no school employees, including the principal, knew of any bullying incidents involving the boy. The only explanation offered by the principal was a rough kickball game the boy was involved in that day, in which he was struck hard in the stomach by a ball. A fellow classmate of Mathew’s told detectives that he knew of instances in which bullying happened.

This lawsuit is in step with the city’s attempts to put an end to bullying. A recently approved state Senate proposal now requires school districts to develop anti-bullying plans. The bill was unanimously approved.