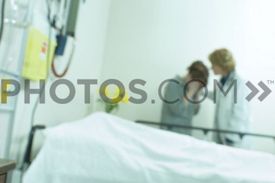 Boston, Massachusetts (NewYorkInjuryNews.com) – The death of 23-year-old Joshua Messier has been ruled a homicide after a scuffle with correction officers at Bridgewater State Hospital on May 4, 2009 resulted in cardiac arrest, as reported by The Boston Globe.  According to the death certificate, Messier had suffered “blunt impact of head and compression of chest.” Hospital reports document dried blood on his nostrils and hair and ligature marks on his neck, wrists and ankles.

Messier was diagnosed with schizophrenia and paranoia about six years ago and had been undergoing psychiatric evaluation at Bridgewater State Hospital. The hospital is run by the Department of Correction and claims on their website to be a “safe, secure, and humane environment to all persons requiring specialized care and treatment.” Lisa Messier, Joshua’s mother, has retained Andrew C. Meyer, Jr., a Boston personal injury and medical malpractice lawyer, with intentions of filing a suite against the state in federal court.  He quoted the mother in an interview on March 9, 2010 stating that patients and relatives had told Lisa Messier that correction officers took her son “into a back room and caused him…harm.”

Diane Wiffin, spokeswoman for Bridgewater State Hospital, has stated that “there is no indication that there was any excessive force,” and that the case remains under investigation.  The President of the Massachusetts Correction Officers Federated Union said he heard that Messier assaulted two officers and their response was to subdue him. He was simply placed in restraints and walked to an indoor facility after the incident. Leslie Walker, executive director of Massachusetts Correctional Legal Services, called for a review of Messier’s death, recognizing his placement into Bridgewater State Hospital as an example of the “criminalization of mental illness.”