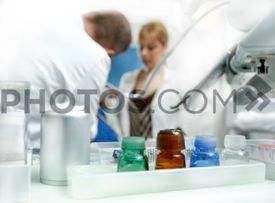 Man described as monster, evil, and  in jail for life, now faced with $95M in civil suits, more to come.

Allentown, PA (NewYorkInjuryNews.com) – A jury of seven women and five men awarded the decedents of eight people Cullen allegedly murdered between 2000 and 2002 at St. Luke’s Hospital in Fountain Hill $95 million, as reported by The Express-Times.

Charles Cullen admitted to killing 29 people and attempting to kill six more through administering lethal doses of drugs during his 16-year career at hospitals across the Lehigh Valley and western NJ. He is now serving a life sentence in New Jersey.

This is the first civil trial judgment Cullen has faced. The attorney representing the families of the deceased asked the jury for the largest payout allowed by law in order to send the message “never again.” The monetary awards varied for each family but began with the award of $5 million in punitive damages to each plaintiff.

There is a gag order on the jury that will persists through the end of the summer due to other pending civil cases and because there is also a pending case against St. Luke’s Hospital.

Cullen raised no defense to this trial. It was also explained that because Cullen has no assets, this judgment will rob him of any future payday. If he decides to write a book explaining his story, he will never profit.

While the lawyers involved are also banned from discussing the details of the case, they were seen smiling and hugging one another after the verdicts were read.