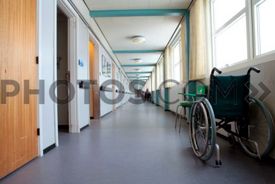 Philadelphia, PA (NewYorkInjuryNews.com) – The widow of a man who developed fatal bedsores will receive $5 million in punitive damages from a hospital and nursing home, thanks to a jury decision on Wednesday, March 17, 2010, as reported by Philly Online. Issuing punitive damages is a rarity among these types of cases.

Jeanes Hospital and Hillcrest Convalescent Home are being held responsible for the death of Joe N. Blango, then 76, and must pay $1.5 million and 3.5 million, respectively, to Blango’s widow. This comes two weeks after the same Common Pleas Court jury awarded $1 million in compensatory damages for the case. While these compensatory damages are to be expected and commonplace for such cases, punitive damages are not. This is due to the high standards that must be met in order for punitive damages to be issued, which require a jury to find a facility to have engaged in “outrageous and reckless conduct.”

The series of incidents that left to Blango’s death began on May 21, 2006, when he was admitted to Jeanes hospital after suffering weakness and confusion. The doctors at Jeanes failed to properly diagnose his urinary-tract infection that worsened and left him susceptible to the bedsores that ultimately killed him. After a week of hospitalization, Jeanes sent him to Hillcrest, where he spent two weeks and his condition worsened. He was then returned to Jeanes and released three days later, whereupon his wife cared for him. He died from the bedsores two years later.

The lawsuit contended that workers at Jeanes and Hillcrest allowed Blango to go malnourished long enough to lose 28 pounds, and left him in poor condition long enough for his bedsores to fester.

According to Rebecca Harmon, a spokeswoman for Temple University Health System, which owns Jeanes, claims the organization will appeal the verdict. She told reporters, “there is not one shred of evidence to support any liability in this case…”