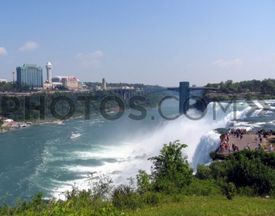 Ithaca, NY (www.NewYorkInjuryNews.com) – Over the years, Cornell University has struggled over being known as a school with an above-average suicide rate. Recent events, including two back-to-back suicides on March 11 and March 12, 2010, have not helped the school portray a campus with great student mental health, as reported by USA Today. These two suicides put Cornell’s number of student suicides this school year at six. Four other suicides include one in February and three others from the fall semester. To further add to the death toll, five students have died from illness or injury over the past year, raising the total number of student deaths to 11.

On Thursday, March 11, 2010, police recovered the body of sophomore engineering student, William Sinclair, after he jumped off a bridge in the gorges. The next day, Matthew Zika, a junior engineering student jumped from another bridge. Police have yet to recover his body.  Susan Murphy, vice president for student and academic services, described what could only be labeled as a tragedy as, “an especially painful week” on a video posted to the school’s website.

The six suicides in this current academic year mark the first episode since 2005. From 2002 to 2005, there were five student suicides, and during the six years prior to 2002, there were 11; spurring the notion that Cornell students were more apt to take their lives.

Cornell stepped up their efforts in aiding student health by seeking the advice of experts at Weill Cornell Medical College and other institutions. Currently the university is seeking to comfort students and prevent the number from growing any larger. Cornell also explains away some of the notion that their student suicide rate is higher than average by pointing out that the deaths that occur in the gorges, a public place, are more publicized than others. Timothy Marchell, director of mental health initiatives, explains “suicide that occurs in most communities is not something that happens in public, is not visible…[but] when a death occurs at Cornell in one of our gorges, it’s a very public experience…it’s observed by people, many people hear about it, whether or not it is in fact a suicide.”