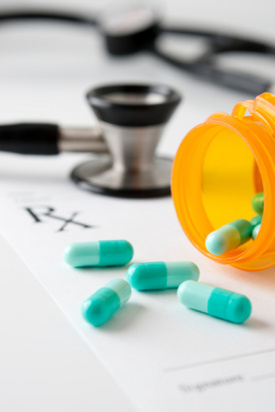 Brockton, MA (NewYorkInjuryNews.com) – A Massachusetts hospital and doctors are undergoing a medical malpractice review regarding a motor vehicle accident that claimed the life of an elderly patient in 2007. According to the Patriot-Ledger, the lawsuit alleges that elderly driver’s doctors failed to warn her that she could not drive while on her medication.

The lawsuit names Compass Medical and four of its staff doctors, who had treated the driver, Jane Berghold of Rockland. Reports indicated that Berghold had stepped on the gas instead of the brake and crashed through the front door of the radiation department, which fatally injured the chief of radiation therapy at the hospital—Dr. Mark Vasa and a secretary at the hospital, and 59-year-old Susan Plante of East Bridgewater.

The lawsuit filed on behalf of the doctors widow, Kathleen Vasa of Norwell, which named Dr. Roland Florio of Brockton, for prescribing the drugs for Berghold, and not informing her that she should not drive while medicated. The defendants in the case requested that the suit face a medical malpractice review before it goes to trial. The Supreme Judicial Court granted the request in the case of the hospital onTuesday March 2, 2010, to determine if the doctor was truly responsible or if the patient could be held responsible. Dr. Florio was not allowed to have a medical malpractice tribunal; however, the Brockton Hospital will face the tribunal in Plymouth County Superior Court.

“The Supreme Judicial Court ruled the suit needed a malpractice review ‘because the claims are related to the medical treatment the defendants provided to Berghold.’ ” The Massachusetts Medical Society supports the decision, saying doctors should not be liable for what their patients do. Vasa’s lawyer made a statement saying, “I think whether you call it malpractice or call it simple negligence, the real issue is whether these physicians should have warned (Berghold) in light of the medication she was taking.” Dr. Florio was sued in 2007 for prescribing a patient drugs and not informing her of the side effects. The patient got in her car and killed a 10-year-old boy in 2002.