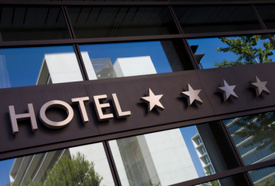 Portsmouth, NH (NewYorkInjuryNews.com) — There were 11 people sent to the hospital after being exposed to potentially lethal levels of carbon monoxide that leaked inside the Hilton Garden Inn Monday morning, February 15, 2010, according to Fosters Daily Democrat. Investigators reported that an exhaust vent malfunction was what leaked the deadly fumes, exposing hotel guests and staff members to the colorless and odorless gas. Firefighters arrived at the scene and began to evacuate the guests and soon discovered the people who had been exposed to the higher levels of the poison by their bloodshot eyes and red faces.

One of the victims, identified as a female hotel employee, was found in the basement on the floor, unresponsive around 9:40 a.m. She was transported to Portsmouth Regional Hospital where she was listed in critical condition. A standard level of carbon monoxide is between 30 to 35 parts per million, where as the levels found in the Hilton’s basement were 600 part per million, which officials said was beyond deadly levels. The hotel closed around 10 a.m. that morning after the hotel was evacuated. New Hampshire passed a law in January requiring that all hotels must have a carbon monoxide detector in every living unit, and all hotels had two years to comply with the new regulation. Firefighters did not say they heard the carbon monoxide detectors go off. Two of the eleven people exposed were hotel employees, and five were children staying at the hotel. The Hilton was scheduled to reopen Tuesday, February 16, 2010.