Why are Brooklyn tenants living without heat and hot water? 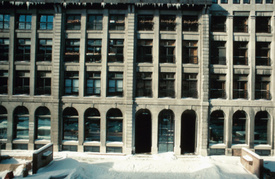 Brooklyn, NY (NewYorkInjuryNews.com) – Tenants living in their Bedford-Stuyvesant apartment building have been without heat and hot water, even after a management company was hired through the court system to make the repairs after the building went into foreclosure, reported February 11, 2010, according to New York Daily News.com.

The Bedford-Stuyvesant apartment at 874 Greene Ave, where many tenants call home, has been in a state of foreclosure while their basic repairs to maintain livable conditions have still not been met by the BPC Management Company hired by the courts.

Some residents reported turning on their stoves as means to heat up their home or boil water for steam. The boiler in the eight-unit building apartment has broken several times and still needs to be fixed. The currents tenants have accused BPC Management of neglecting to fix their boiler, take care of their cockroach infestations and a leaky roof.

One tenant reportedly filed a complaint against the company 10 times over the past year, with 65 more complaints filed by distraught tenants to the Housing Preservation and Development Department since February 2009. Tenants continue to boil water on the stove for bathing. All of the tenants continue to pay rent for this type of living situation.

“This is the complication of foreclosures,” said PACC organizing director Elana Shneyer.
“The tenants haven’t done anything [wrong], but they get caught in the middle … without basic services.” BPC Management was contacted and declined to comment.