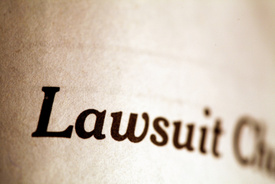 Middlesex County, NJ (NewYorkInjuryNews.com) – A man from Chicago is suing three companies — including a Middlesex, New Jersey-based Spice company, for contracting salmonella in a nationwide outbreak, reported February 12, 2010 by NJ.com. The Center for Disease Control (CDC) www.cdc.gov attested to a reported 225 cases of illnesses due to the outbreak.

The 55-year-old man, identified as Raymond Cirimele, filed a lawsuit based on the claim that he suffered three weeks of pain with a fever after consuming the salami with the infected pepper. In the suit, he is suing three companies, in Cook County Circuit Court, which have been connected to the nationwide outbreak of salmonella. The lawsuit named Daniele International, Mincing overseas Spice Company, and Wholesome Spice in New York, for failure to prevent the spread of the harmful bacteria.

Attorneys representing Mincing Overseas Spice Company claimed that there were no findings of negligence. Daniele International recalled more than 1 million pounds of the salami in January and got a different spice supplier due to the salmonella outbreak. The Whole Spice Company said supervisors cleared their plant for production. Another lawsuit was filed by 61-year-old Harold Hanks of Lake Ozark, Mo for the salmonella-related claim last week.