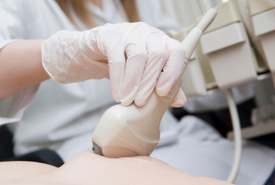 Legal news for New York medical malpractice attorneys –A Poughkeepsie woman sued her gynecologist for not finding a cancerous tumor in her breast exam.

Poughkeepsie, NY (NewYorkInjuryNews.com) – A Poughkeepsie resident had a growing mass in her left breast when she visited her family physician in March 2005 that became terminal cancer, which was not discovered after the exam the previous year by her gynecologist, announced the Poughkeepsie Journal January 29, 2010.

Thirty-four-year-old Dawn Perito sued her gynecologist Dr. Thomas Murray, on claims that he should have discovered the cancer during her exam in July 2004. The medical malpractice case began in Dutchess County Courthouse with the testimony of her family physician, Dr. Sumita Mazumdar as well as another doctor, used as a witness, New York City oncologist Dr. Richard Hirschman.

Perito had reportedly not complained of any lumps or discomfort in her breasts and the cancer was not readily detectable in her regular exam March 31, 2005, claimed Murray’s attorney. However, Perito had filled out a form that clearly stated she had a pain in her breast.

Her family doctor claimed that she had felt something in her breast during a breast exam and encouraged her to seek more testing as well as a mammogram. Specialist later discovered that Perito did in fact have a cancerous tumor growing in her left breast. Perito had not disclosed to her family physician approximately how long she had been experiencing pain in her breast. Dr. Murray claimed that he could not determine the severity of the lump in the exam March 31.

Several days later, a radiologist let Perito know that the lump seemed “highly suspicious”. As a result, Mazumdar highly recommended that she have a biopsy performed on the lump to determine if it was cancerous. Her medical records showed that, not only was the lump cancerous, but it had also spread to a bone in her back, stated in the courtroom last Thursday. It was determined that she had incurable cancer. The case continues.