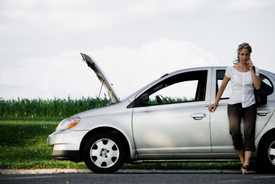 It was also discovered that 45-year-old Thomas Wallace, was operating a semi truck on four hours of sleep, which is a violation of federal rules. Wallace was arrested yesterday and was being held in Genesee County jail on charges of second-degree manslaughter. It was not known if Wallace had sought out a lawyer to represent him. Julie Stratton resided in Snyder, New York. She left two children.