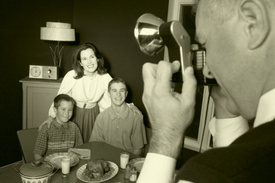 Legal news for Connecticut medical malpractice attorneys – A woman demanded to see an ER doctor for 7 hours before she died.

Hartford, CT (NewYorkInjuryNews.com) – A wife and mother went to Hartford Hospital and died waiting on the doctor while other medical officials told her she was fine and was allowed to go home, announced by WFSB, January 23, 2010.

Her family has filed a lawsuit, since the March 2004 incident, asking for $ 1.5 million, says the family’s attorney. Caroline Johnston had walked into the emergency room complaining of chest pain, diarrhea and vomiting and while she was waiting to see a cardiologist, other doctors reportedly said she was fine and she was discharged from the ER. Caroline refused to leave and demanded that she be seen by doctor.

Caroline’s persistent request was finally met seven hours later. When doctors went to examine her, she was already unconscious and unresponsive. Caroline’s life would have been saved if she was given potassium. After a two week trial, the jury ruled that Caroline’s family would receive 1.55 million from Hartford Hospital. Caroline, young wife and mother, was survived by her two young children and her Husband. Hartford Hospital declined to comment on the tragic case.