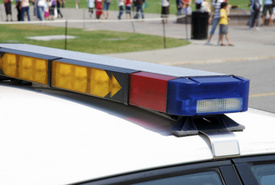 Legal news for Pennsylvania personal injury attorneys — A teenager was in critical condition after being struck by a sport utility vehicle driven by the school principle.

Bucks County, PA (NewYorkInjuryNews.com) – A high school student was struck and injured by a sport utility vehicle (SUV) driven by a North Middle School principle on Monday morning, January 4, 2010, according to the Philadelphia Inquirer.

Police and emergency medical services (EMS) responded to the incident. Police reported that the 15-year-old sophomore was crossing the street from Pennbridge High School at 6:45 a.m., when he was struck by an SUV driven by the Principle of North Middle School identified as Margaret Kantes.

EMS transported the injured Bucks County teenager via helicopter to Lehigh Valley Medical Center. He was treated by doctors and nurses for a potential traumatic brain injury (TBI) and was listed in critical condition. Kantes rolled to a halt at the 5th Street and Campus Drive after the tragic incident.

Kantes immediately called the police. She reported that the boy had been wearing a dark hoodie at the time of the crash. She said she did not see him. There have not been any charges brought against her as of yet. Police continue to investigate the crash. Officials impounded the SUV as part of the investigation. Prior reports showed that another driver, or a school bus had struck the teen.