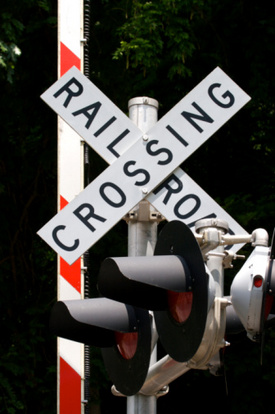 Pennsauken, NJ (NewYorkInjuryNews.com) – A New Jersey Transit Bus transporting 26 passengers become stuck on the railroad tracks when a train was coming Saturday, December 19, 2009, according to CBS3.

A New Jersey transit authority reported that the bus was at the intersection of Cooper and Park Avenue when it became stuck on the tracks around 9 p.m. Saturday evening. The bus driver and the 26 passengers were quickly evacuated from the vehicle only minutes before the oncoming train struck the bus.

There were a reported 38 passengers on board the train at the time of the collision. Police and emergency medical officials arrived at the scene to investigate. New Jersey police officials reported that the train engineer sustained minor injuries in the wreck, along with three of the train’s passengers.

EMS transported them via ambulance to be treated by doctors and nurses for their injuries at Cooper University Hospital. Their identities remained undisclosed. It was stated that none of the injuries were life-threatening.

The remaining passengers traveling on the train vacated the train to wait for another to pick them up to continue to their destination. New Jersey transit officials reported that the AC Rail Line was delayed for two hours and bus services were put on hold for the evening.