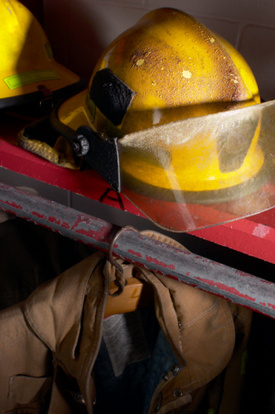 Rochester, NY (NewYorkInjuryNews.com) – Two firefighters were injured while battling a blaze in Rochester, Wednesday, December 23, 2009, according to WHAM.com.

Responding firefighters traveled with the lights on and sirens blaring to rush to the scene of a house fire on Genesee Park Boulevard Wednesday night. The house was home to five adults and two children along with their pet dog. Firefighters worked tirelessly to extinguish the flames. It was not reported how large the fire was.

They were both expected to return to work after healing from their injuries. The Red Cross was also at the scene to assist the family who lived in the house. It was sadly reported that the family’s dog had died in the fire. Firefighters did not believe the fire was suspicious. Fire investigators continue to probe the scene of the blaze in order to determine the cause of the fire. Investigators believed that it was not an act of arson, a deliberate act.