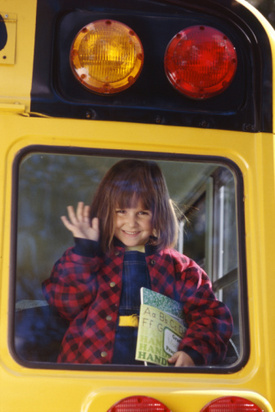 Legal news for Pennsylvania Personal Injury attorneys –Police reported a little girl was left by herself on a Greenfield Elementary School bus in Pittsburgh PA.

Pittsburgh, PA (NewYorkInjuryNews.com) – An 8-year-old girl was left for several hours left on a Pittsburgh school bus while she was fast asleep, Tuesday, December 15, 2009, announced WPXI.

The little girl’s worried mother, Shatonna Charlton, had waited to meet her daughter at the Oakland school’s bus stop around 5 p.m. When the girl did not show up, Shatonna, surprised and upset, immediately contacted the police. Police then called the A-1 Transit, a Lawrenceville company. The girl was found sleeping soundly in one of the back seats of the bus in the transit garage.

The Greenfield Elementary School student was in the bus for several hours, and was still not discovered when the bus went back to the garage with the other buses. Lawrenceville Company said that every bus is routinely double-checked for any occupants after the vehicle is returned to the garage. Police noted that the school district was contacted with the news of finding the child, who had been reported missing.

The daughter told her mother that she had woken up in the bus confused. Officials reported that the driver of the bus was suspended without pay.