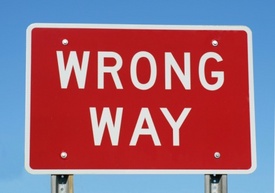 Legal news for Pennsylvania Motor Vehicle Accident attorneys—East Cocalico Township police reported a fatal collision involving a teen driver in Pennsylvania, in which one driver traveled down the wrong side of the highway.

Stevens, PA (NewYorkInjuryNews.com)—A teenage woman was fatally injured when she drove the wrong way down the highway and collided with another vehicle on Sunday, December 13, 2009, according to York Daily Record.

Pennsylvania police officials reported to the gruesome scene where the head-on collision killed a 19-year-old Pennsylvania girl. The teen was declared dead at the scene by authorities. The 19-year-old driver, identified as Summer Stewart, had been in the southbound lanes of Route 222 when she struck an oncoming vehicle.

East Cocalico Township police authorities reported the tragic crash took place around 4 a.m. early Sunday morning. The driver in the other vehicle that was struck by Stewart, was identified as 39-year-old Uri Horesh. A passenger traveling with Horesh at the time of the wreck was identified as 22-year-old Mervyn Steadman.

Emergency medical services (EMS) arrived at the scene of the accident to transport the injured to local hospitals. Horesh was taken via ambulance to the hospital to be treated by doctors and nurses. She was reportedly in critical condition. Steadman was treated and then was released by medical officials. It was not reported if drugs or alcohol were involved in the fatal collision. Police continue to investigate.