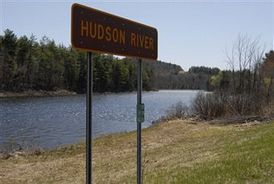 Legal news for New Jersey Personal Injury lawyers–New Jersey General Electric contractor drowned in Hudson River during a dredging project before fire rescue could save him.

Gansevoort, NY (NewYorkInjuryNews.com) – State Police are investigating the death of a General Electric contractor who drowned after his boat capsized while working on the Hudson River dredging project, announced Albany Times Union.

A team of five workers were in the water near the Thompson Island Dam, while working on the second phase of the 2011 dredging project. The boat, carrying the contractor and another worker, capsized before it went over the dam for unknown reasons.

The New Jersey contractor Jeffrey Harbison, was pulled out of the 38 degree water and rushed to Glens Falls Hospital where he passed away due to “cold water drowning.” State Police reported that the team was working for URS Corporation, a surveying contractor.

Fire rescue officials speculated that the boat experienced mechanical problems, which left it without a motor and leaving it defenseless as it plunged over a small dam north of Thompson Island, and capsized. The fall ejected Harbison and another worker, identified as Pennsylvania resident 26-year-old Thomas Kutys, who was treated at Glens Falls Hospital and was released.

The two workers were in the cold water for 30 minutes before fire rescue officials were called to the scene by a resident, who heard the workers screaming for help.

It was unclear how the men had become separated from the team. Officials reported that the boat engine was not running when the current pushed the boat over the dam.