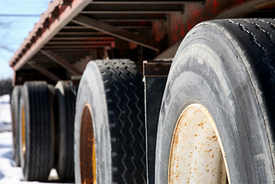 Putnam police identified the fatally injured man as 57-year-old Arvinder Kohli, resident of Wappinger Falls. Kohli was traveling north on Route 9 when his Nissan Altima swerved into the center lanes of traffic and collided with a 10-wheel semi-truck. Police reported the crash to have occurred at 10:20 a.m.

The Garrison Fire Department and Emergency medical services (EMS) reported to the scene where Kohli was discovered unconscious and still breathing when firefighters extricated him from the damaged Altima. He was rushed to the hospital via trauma helicopter to Westchester Medical Center located in Valhalla. Kohli was pronounced dead by medical professionals when injuries proved fatal at 11:30 a.m., reported Putnam County Sheriffs.

Police identified the uninjured driver of the truck as Robert Vigliotti, resident of Peekskill. Both directions of Route 9 were temporarily closed until Tuesday afternoon for Putnam Sheriffs to investigate the scene of the crash to determine what happened.