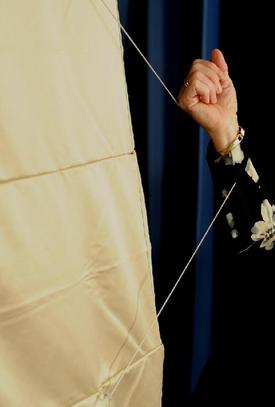 All people who have purchased the Faux Suede Roman Shades are advised to discontinue use as soon as possible. The blinds were sold at the New Jersey Company Hanover Direct/Domestications online and in catalogs across the nation. There have been 90,000 Faux Suede Roman Shades sold and purchased through the company. The potentially hazardous product was imported through Whole Space Industries LTD, located in Centereach, New York.

The CPSC along with Hanover Direct Inc. voluntarily recalled the product due to the potential risk of strangulation for small children. The possible scenario is that a child could place his neck between the cord and the fabric and when the child pulls the cord it would coil around his neck.

The last injury reported was in March 2008, when a toddler boy from Ocean View, Delaware became entangled in the cord and the parents rushed to remove it. The boy only suffered from a red line around his neck. There were no permanent injuries recorded. The shades that are involved in this recall can be found with the style number of 12810A. The shades also contain a sticker located on the head rail with the letters “WS” also printed on the packaging box.

The Roman shades were sold in the colors of Ivory, Taupe, Gold, Plum, Wine Red, Midnight Blue, Moss Green, and Dark Brown. They were made in China.The dates the defective products were sold between January 2004 through December 2008 for $20-$40. Contact Hanover Direct/Domestications to receive a free tool kit to remove the danger factor cord of the shades as preventative measures. Contact the company at (800) 524-0597 or online at www.domestications.com.