Living in an Apartment – The Landlord’s Responsibility 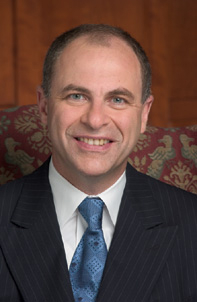 New York premises liability lawyer Vito Cannavo explains real cases that went to Court on premises liability. It is a matter of economic reality that many people in today’s world rent an apartment in some type of a building whether it is a large multiple dwelling or a 2 or 3 family home. As it concerns a landlord’s obligation to provide you with a personally safe home it doesn’t make any difference what size the building is where you reside.I have seen numerous cases over the years regarding a landlord’s failure to provide a safe place to live. These cases involve accidents involving substances left on steps which causes someone to fall, defective plumbing resulting in excessive hot water for bathing which causes burns, ceiling collapses, lead paint which either chips or becomes dusty and can cause severe neurological damage in children to mention a few.A concept that most people are not aware of is that even if another person is somewhat at fault in causing an accident that does not absolve a landlord if his conduct is still a substantial factor in causing the harm. Here are two examples based on real cases that went to Court.If a defective intercom system or a faulty door lock allows an intruder to enter the building, who then causes harm to a tenant a jury can still consider the extent of the landlord’s liability even though a third person, an intruder, is involved. Over the years I have seen a number of these cases result in recoveries for the injured person.In another case, members of two families were badly burned when a fire broke out in an apartment building. It was claimed that the landlord’s actions (or rather failure to act) caused the fire to spread. In this case the fire started when a tenant lit a candle by a curtain and fell asleep.It was claimed that the landlord’s failure to have self-closing apartment doors and the failure to keep the hallway fire doors closed allowed the fire to spread. As a result, these tenants received horrible burns. Even before the case went to trial the insurer for the landlord settled the case.