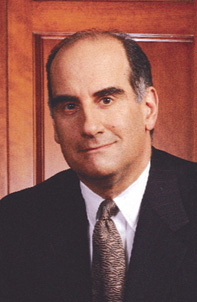 New York City Personal Injury Attorney – Nicholas Papain explains Independent Contractors and Workers’ Compensation. Manhattan, NY (NewYorkInjuryNews.com) — “Bruce” was an independent landscaper who was often called upon by a larger landscaping contractor to help with big projects. The fact that he was an independent contractor is important because otherwise under New York Law an employee cannot sue his employer because of the workers’ compensation law.

On one job, the task was to remove a large maple tree on a homeowner’s property in Westchester. The team began by cutting off the top of the tree.

The remaining part of the tree was going to fall in an area that was zoned off, which was about 60 feet in radius so there would be plenty of room for the tree to land without incident. A rope was thrown around the branch and the workers pulled it tight toward the sectioned off “zoned” so that the tree would fall in the right direction.

Then there was a domino effect: Bruce got out of the way of the Maple tree, but the Maple tree fell onto an Ash tree which then snapped and struck Bruce causing enormous injuries requiring multiple surgeries.

Bruce sued the landscaping company and recovered a substantial amount, given that the accident was a result of lack of control and safety procedures on the site by the company that hired Bruce. If the workers who gave up on Bruce were his co-workers, the best he could have hoped for was whatever he received from workers’ compensation, which only provides for reimbursement of wages and payment of medical expenses. There is no recovery for pain and suffering under workers’ compensation in New York State.