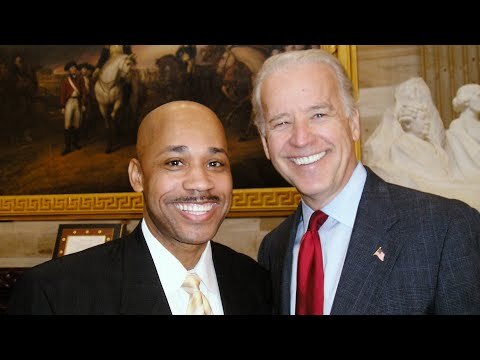 NFM Lending is pleased to honor Staff Sergeant Charles Eggleston, USA, Retired, as the NFM Salute for May 2021.

Growing up, Eggleston had no lack of military influences in his life. From the G.I. Joe action figures he played with to the service records of his father and grandfather, Eggleston knew he wanted to be a hero when he got older. He was also inspired by those fighting in Operation Desert Storm and wanted to pay their sacrifices forward. In 1992, he joined the U.S. Army.

In the following decade, Eggleston trained as a sniper and was in the Special Forces Army. Based in Fort Meade, MD, he served as an Army Reservist when he deployed to Iraq in 2003. He received his first injury in Baghdad and would be wounded again in 2004 while on assignment to the Middle East. Ever resilient, Eggleston deployed to Iraq once more in 2005 as an Army Staff Sergeant in the 107th Army Cavalry Regiment (ACR), the 3rd Special Forces Group, the 25th Infantry Division, and the 11th ACR. When his unit was on a rescue mission, an improvised explosive device (IED) detonated, killing everyone on the team but Eggleston. Eggleston’s condition after the explosion was so extreme that he was initially declared deceased. The blast had critically damaged his back, head, legs, and arms.

When Eggleston returned stateside, he was treated at Walter Reed Army Medical Center (WRAMC). Unfortunately, his physical and mental recovery was hampered by the poor conditions and management at the hospital. Eggleston and his wife, Pamela, bravely spoke out against the improper care and administration, marking the start of their impassioned advocacy for Veterans and their caregivers. Throughout the three and a half years he was at WRAMC, he underwent 56 surgeries. In 2008, Eggleston medically retired from the Army after 16 years of service. He earned the Bronze Star Medal and Purple Heart for his courageous actions.

Due to the severity of his injuries, it was a miracle that Eggleston was alive, let alone able to walk again. After his long-term hospital stay, Eggleston struggled with lingering body pain and PTSD from his time in combat, but he found healing in the form of golf, a game that had never interested him. Playing golf allowed him to recover physically and mentally, and he loved the camaraderie of the sport. “Golf is a complete game of concentration,” Eggleston said. “You can hit that ball sweetly, and it goes into the heavens the right way. That itself became my integrated recovery tool.” After leaving the military, Eggleston began a career in IT consulting, which he did for over ten years. He won several government contracts, including the Pentagon, USPS, and the U.S. Senate. In 2009 he started his own IT consulting firm where he hired fellow Veterans.

Eggleston lives in Annapolis, MD with his wife, Pamela. In his civilian life, he has continued to campaign for Veteran welfare along with Pamela. “We fight now for the guys and girls that fall behind us, not for us,” he explained. “Because we stand on the shoulders of the Vietnam era, the World War II, World War I, Korean era.” Eggleston leads a rich life where he gives back to numerous Veteran causes, including Blue Families, Voices for America’s Troops, ThanksUSA, and Salute Military Golf Association. He helps other Veterans struggling with PTSD and TBIs by mentoring them through golf. Throughout all the trials Eggleston has experienced, his family and optimism have allowed him to conquer them with honor and dignity. “When you program your body and your mind to think positive and to feel good…once you walk down that road of positivity, once you believe, I feel like I can soar.”

The NFM Salute is an initiative in which one military member or Veteran is chosen each month to be honored as the “Salute of the Month.” Salutes are chosen from nominations on the NFM Salute website, www.nfmsalute.com. The “Salute of the Month” is featured on the website with a biography and information about his or her service. NFM Lending will donate to a non-profit in the Salute’s name. NFM Lending is proud to donate $2,500 to the In Honor of Our Troops (iHOOT) Foundation on behalf of Eggleston. NFM looks forward to the opportunity to continue to honor military service members and Veterans through the NFM Salute initiative.

NFM Lending is a mortgage lending company currently licensed in 42 states in the U.S. The company was founded in Baltimore, Maryland in 1998. NFM Lending and its family of companies includes Main Street Home Loans, BluPrint Home Loans, and Freedmont Mortgage Group. They attribute their success in the mortgage industry to their steadfast commitment to customers and the community. For more information about NFM Lending, visit www.nfmlending.com, like our Facebook page, or follow us on Instagram.