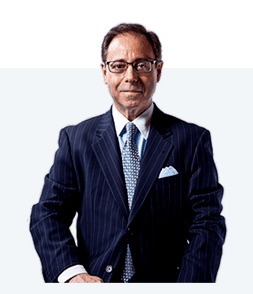 According to a AAA Foundation for Traffic Safety study, the number of fatal accidents caused by drivers who run red lights has soared in recent years. The study analyzed data from car accidents that took lace between 2008 and 2017, finding that deaths caused by motorists running red lights increased 31 percent over a 10-year period.

In 2009, there were 715 fatalities due to drivers running red lights. By 2017, however, that number increased to 939. According to researchers, over half of the people killed in these accidents were passengers. In 35 percent of cases, the person killed was the driver who ran the red light. In 5 percent of cases, the deceased was a pedestrian or cyclist.

The AAA Foundation for Traffic Safety states there could be several reasons for the increase in fatalities in these types of accidents. Jake Nelson, the AAA director of traffic safety advocacy and researcher, said that distracted driving is likely a significant factor. He stated, “Drivers distracted on their phones, pedestrians distracted when crossing intersections, are all reasonable contributing causes to what we see the data telling us.”

The AAA also stated that people today drive longer distances, which could be a contributing factor to the jump in fatalities. As Nelson stated, “Ten years ago, we were recovering from an economic recession, and people were driving a lot less. So, pure exposure to more driving is going to result in increased crashes of all kinds. As a result of that, there will be more people who die in crashes involving red-light-running drivers.”

In some cases, it’s difficult to determine who was at fault in a car accident. There are cases in which both drivers or multiple drivers played a role. In these cases, it often takes accident reconstructionist and other experts to piece together what happened so they can determine who bears the most responsibility for the collision.

However, red light running cases are typically more straightforward. Drivers know that green means they can go. Yellow light cases can pose more difficulty, but red lights are very clear, and all motorists are taught that a red light means stop.

This puts the burden on the driver who ran the red light to show why they shouldn’t be held accountable for an accident. In some cases, they may try to argue that the light wasn’t really red. In these cases, it may be possible to find witnesses who can testify that the light was red at the time of the accident or that the driver ran through it.

This is why it’s important to preserve as much evidence as possible at the scene immediately after the accident. If you’re involved in this type of crash, you can protect your rights by doing the following:

If you have been injured in a car accident, you may be entitled to compensation. No one should have to pay for another person’s negligence. Protect your rights by talking to a New York City car accident lawyer as soon as possible.

Prior results cannot and do not guarantee or predict a similar outcome with respect to any future case. Recoveries always depend upon the facts and circumstances of each case, the injuries suffered, damages incurred, and the responsibility of those involved.

Further reproduction or distribution beyond the intended recipient is prohibited without the Owner’s prior written consent. Including this disclosure. Story.KissPR.com