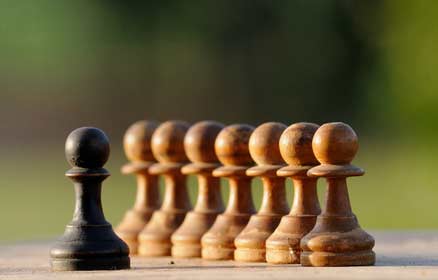 San Francisco, CA—For many people, even those with the most elite educations, job discrimination occurs even before the first interview. In fact, even African-Americans with Ivy League degrees are facing increased discrimination and have a tougher time than less qualified white job applicants when it comes to finding a job, reports San Francisco employment lawyer Eric Grover of the Keller Grover law firm.

According to a study by S. Michael Gaddis, which looked at discrimination rates in job searches, the number of responses black and white job candidates received from employers and the starting salaries were not equal, even if the African-American applicant had a degree from prestigious universities like Harvard and Stanford.

Gaddis created various fake job candidates with “ racialized names,” like Jalen and Nia for African-American candidates and Caleb and Aubry for white candidates. He then applied for 1,008 jobs with the fake profiles in order to see the response rates from prospective employers.

The study found that white candidates with prestigious degrees (17.5 percent) received a better response than African-American American applicants (12.9 percent) with degrees from the same schools.

This means a white graduate from a top school only has to send out six resumes to get a response, “while an equally qualified black candidate must submit eight resumes to receive a response,” Gaddis wrote.

In addition, Gaddis found that “black candidates receive responses for jobs that have a listed salary $3,071 lower than white candidates.”

“The study sheds some light on the plight African-Americans face when trying to find a job, even if they are highly qualified,” says Grover. Unfortunately job discrimination still occurs, even though it is illegal under state and federal employment laws. If you ever think you are being discriminated against by employers from whom you are seeking employment, you should speak to an employment lawyer to understand your rights (http://www.cawagehourlaw.com/illegal-interview-questions_35.html).”

The California employment attorneys at the San Francisco law firm of Keller Grover have been helping victims of discrimination since 2005. To learn more about employment laws and whether you’ve been a victim contact, Keller Grover at 888.601.6939.

Follow us on Google+ for more employment law news!