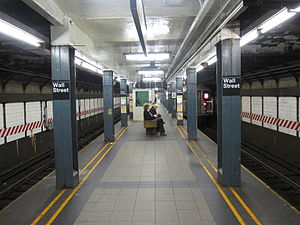 New York, N.Y.—A man was injured early Friday, January 31, 2014, when he was crushed between a subway platform and a Brooklyn-bound train at the Wall Street station. The accident occurred around 6:30 a.m. and involved a Brooklyn-bound 2 train, the New York Daily News reported.

The 38-year-old victim, who has been publically identified, was alone when the train hit him.

Responding emergency medical crews rushed the man to Bellevue Hospital where he is currently being treated for his injuries. Witness reported that he appeared to be conscious when he was removed from the scene.

The cause and circumstances surrounding the subway accident are still under investigation.