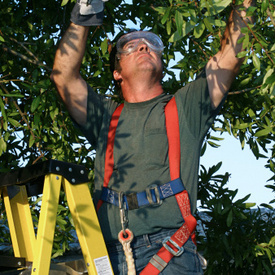 Wall, N.J.—Two tree service workers were injured in Wall on Saturday, November 2, 2013, after one worker was electrocuted and fell from a tree, while the second worker tried to catch him below, reported the NJ.com

The work-related accident, which took place at a Pierce Street residence, occurred when one of the workers, who was trimming a tree, came into contact with a power line and was electrocuted.

The electrocuted man fell from the ladder, while his co-worker below attempted to catch him in his fall.

Responding emergency medical transported the electrocuted man, who sustained electrocution burns and injuries from his fall, and his co-worker, who suffered leg injuries, to Jersey Shore University Medical Center in Neptune Township.

An investigation into the work-related accident is underway.