5 Kids Plowed Down by Out-of-Control SUV in Queens 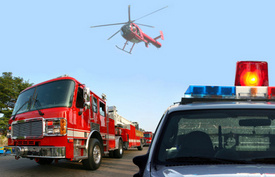 According to officials, the five victims were students at IS 73Q, Frank Sansivieri Intermediate School, and were all between the ages of 12 or 13 years old.

The driver of the SUV had reportedly stepped on the gas instead of the break, which caused the vehicle to jump onto the sidewalk, knock down a parking meter and a sign before plowing in the students.

Responding emergency crews rushed one of the victims with a serious leg injury to Elmhurst Hospital, along with the other four victims.

None of the injuries appeared to be life-threatening.

The driver of the SUV remained and the scene and was administered a breathalyzer test by police.

Investigations into the SUV accident are underway.