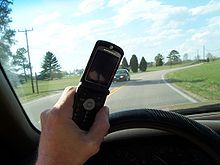 The ruling is a result of a lawsuit where a couple lost both of their legs after a texting teen driver struck their motorcycle in 2009 in Morris County.

The girlfriend of the driver was subsequently sued by the couple, which believed her texting was a factor leading to the crash.

The appeals court upheld a lower court’s ruling dismissing the lawsuit. The lawsuit was settled against the driver for $500,000.