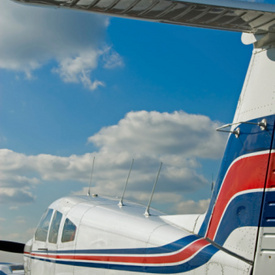 Ephrartah, NY — A charity flight crashed into a sleepy town about an hour west of Albany, which killed two people and left one other missing, who is presumed to be dead. The fatal plane crash occurred Friday night, May 24, 2013, in a wooded area of Ephratah just after 5 p.m., Poststar.com reported.

Angel Flight, a nonprofit group that arranges free air transportation for the sick, was transporting Frank Amerosa, a retired trucker, who had been diagnosed with brain cancer more than a year ago, and his wife Evelyn Amerosa, 58.

According to officials the Piper PA 34 had departed from Hanscom Field in Bedford, Mass., and was headed to Rome, N.Y., before it crashed.

Officials have recovered the bodies of the pilot, John Campbell, 70, of Stamford, Conn., and Evelyn Amerosa. Frank is still missing but presumed to be dead.

Search and rescue has stretched into the third day in attempts to locate Frank’s body.

The National Transportation Safety Board (NTSB) and the Federal Aviation Administration (FAA) are investigating the fatal plane crash. The cause of the crash is unknown.