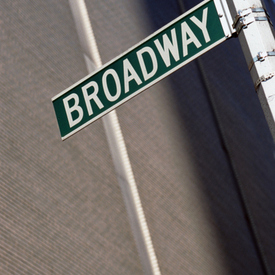 A horrific two-car crash occurred on Broadway at the intersection of 135th Street at approximately 2:15 pm on March 21, 2013. A red Ford Focus was struck by a white delivery van at the intersection, causing extensive damage to both vehicles. The vehicles then careened onto the sidewalk where at least three pedestrians were struck. The driver of the Ford Focus was identified as Lisette Ventura, age 46. Two passengers in the Ford were children, who were also injured. Ms. Ventura went into cardiac arrest at the scene of the accident, and was declared dead a short time after. The three pedestrians who were struck by the vehicles were transported to area hospitals and listed in serious condition. The two children passengers and another pedestrian were also transported to area hospitals. Their condition was not immediately known pending notification of family members. The New York Police Department was investigating the accident, as in all fatal accidents in the State of New York.

Manhattan injury attorney, Jonathan C. Reiter, who has handled many motor vehicle accident cases, explained the major issues that arise from intersection accidents as follows: “The intersection of Broadway and 135th Street in Manhattan is a major intersection, with heavy traffic patters. This intersection, like most in Manhattan, is controlled by traffic lights. It is probable from the description of the accident, that one of the two vehicles failed to stop at a red light, colliding with the other vehicle that was proceeding with a green or possibly yellow light, unaware of the other’s wrongdoing until it was too late. This is a clear case of negligence on the part of one of the drivers although it is possible that the other driver may also be at fault in some way. Since most intersections in Manhattan have surveillance cameras, the police investigation will include a review of all videotapes to determine who the wrongdoer in this accident was.”

Mr. Reiter went on to explain a legal case on behalf of the pedestrians struck by one or both of the vehicles as follows: “ The police will determine, through their accident reconstruction report, the cause or causes of the vehicles careening out of control and into the pedestrians on the adjacent sidewalk. It is possible that both vehicles were either speeding or being operated negligently in another way, and in that case, a lawsuit would necessarily include both vehicles’ owners and operators, until the fault can be determined and apportioned correctly. That is why of the greatest importance at the commencement of a two vehicle car accident lawsuit is the accident investigation, which is usually done over the course of the same day as the accident. Based on crucial information determined in this investigation, the proper parties can be sued, and brought to justice for such a horrific tragedy as this, adds Manhattan car accident attorney Jonathan C. Reiter.”

The accident statistics that pile up day after day, in the relatively small confines of the five boroughs of New York City, stun the sensibilities of New Yorkers everywhere. Despite the advances of modern technology, surveillance cameras, and traffic laws that are continually being refined to safeguard motorists and pedestrians alike, what remains the overriding factor in the safety of our roadways is the content of human character itself, which will either guide the driver of a motor vehicle to abide by the traffic laws, or guide him to violate the traffic laws, thereby causing the daily toll of tragedies on our roadways.