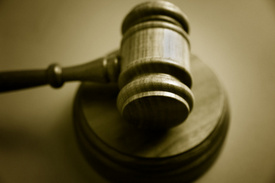 New York, NY — The family of a boy who was hit and killed by a truck in Harlem has filed a lawsuit against New York City for $50 million. The family of 6-year-old Amar Diarrassouba filed the notice of claim on Thursday, March 7, 2013, Fox reported.

Diarrassouba was killed when he was hit by a tractor-trailer at First Avenue at East 117th Street on February 28th, while he was walking to school with his 9-year-old brother, Issouf. Diarrassouba’s family claims there was an absent crossing guard who was present the morning of the accident.

The lawsuit names the city, the NYPD and the crossing guard, Flavia Roman, as defendants.

In the family’s “notice of claim” on behalf of Issouf, they say: “He could have been killed, witnessed his younger brother being struck and dragged by the truck and sustained traumatic and psychological, mental and emotional injuries.”

The suit also argued that Roman “deserted her post, abandoning the children who were promised her protection.”