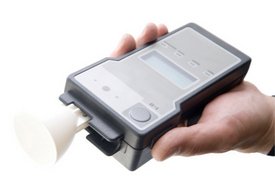 New York Accident Attorney Report: A young mother, 25-year-old Dominique Jamison, was killed when her drunken friend drove their car off a windy road in Queens, and into Jamaica Bay, submerging the car in 4 feet of water. The accident occurred at 4:30 a.m. on December 31, 2012. There was a third person in the vehicle who was saved when the driver, identified as Denise Finley, flagged down passers-by who formed a human chain to the submerged vehicle. One of the passers-by, identified as Damien Noel, told police that he was able to find one passenger in the frigid, cold waters in the vehicle, but could not locate the other victim. Finally, FDNY divers were able to secure the submerged vehicle, and find the passenger, Ms. Jamison, whom they removed and rushed to Jamaica Hospital, where she was pronounced dead. The driver, Denise Finley was arrested for driving under the influence (DWI) and vehicular manslaughter.

Reportedly, Ms. Finley told the police investigating the accident that she had drank a cup of cranberry juice and vodka before driving. The mother of the decedent made a statement that her daughter had earned a bachelor’s degree from York College, and was an aspiring actress. Her mother described her as a loving daughter and a ‘doting mother to her baby daughter, Journee.” The results of an accident investigation, which is required in all fatal motor vehicle accidents in the State of New York, are pending reports” says Queens car accident lawyer Jonathan C. Reiter.

Jonathan C. Reiter, a New York accident attorney, who has handled many motor vehicle accidents, cited several key factors in this accident as follows: “There appear to be several factors involved in this accident. Whether there is actual evidence in the manner of breathalyzer test results or blood test results, to determine Ms. Finley’s actual blood alcohol level, and whether Ms. Finley showed signs of being intoxicated, such as slurred speech and glassy eyes, will all be determined at a date in the future. A blood level of .08 is the legal equivalent of driving while intoxicated (DWI). A blood alcohol level lower than .08 could be evidence of driving while impaired (DWAI). If Ms. Finley was intoxicated or impaired on that night, she may be held liable for the death of the young mother in a civil lawsuit, and she may also be held liable for criminal manslaughter charges, which mandate jail terms. If she was negligent in her operation of her vehicle in any other way, she may be held liable in a civil lawsuit for the death of Ms. Jamison as well.”

However, as Mr. Reiter further explains, there are additional factors that may be involved in this accident, as follows: “The back roads of Queens in the area of Jamaica Bay, are well known to be very windy and poorly lit. It is possible that the road design, along with the poor lighting, created hazardous driving conditions, could be factors in causing this accident. The police investigation may do a roadway analysis, or the victim’s family may authorize an expert analysis of the roadway, to determine whether the road conditions and/or design contributed to causing this accident. In that case, the City of New York would be a defendant, along with the driver of the car in an eventual lawsuit by the decedent’s legal representatives. These factors, added to the negligence of the driver, added up to a recipe of absolute disaster on the last night of the year in 2012, and resulted in the death of a beautiful, young mother, a devastated family, and an orphaned baby girl.”

Mr. Reiter explained that the accident investigation report will shed much more light on which factors were significant in causing this accident. Until then, the family of a beautiful young woman is left to mourn and wonder why.