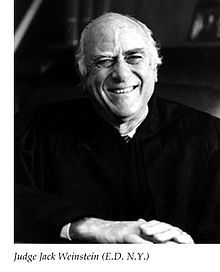 New York Injury Accident Lawyer News — On January 3, 2013, Judge Jack B. Weinstein of the United States District Court for the Eastern District of New York denied Jetblue’s motion to dismiss the complaint for damages brought by 34 passengers who were aboard Jetblue Flight 191 on March 27, 2012 when its pilot, Clayton F. Osbon entered the cabin shouting about September 11th and Al-Quaeda, terrifying passengers who thought they were about to die. Osbon was indicted in Texas for interfering with the flight crew in violation of 49 USC § 46504, but was found not guilty by reason of insanity after a bench trial by Judge Mary Lou Robinson. While in Federal custody, Osbon reportedly had another psychotic episode but was released in November 2012 on several conditions, including that he not pilot any more commercial airliners without prior approval of Judge Robinson.

Jetblue had filed a motion to dismiss the passengers’ legal action, claiming among other things, that it bears no legal responsibility for the irrational behavior of the mentally impaired pilot it had entrusted with the airplane, and that Osbon’s conduct was not sufficiently “outrageous” to warrant an award of damages for the passengers’ emotional distress. Plaintiffs argued that Jetblue is responsible for the violations of Federal law by its pilot in command, and that the passengers were put in fear of imminent death and severe physical injury resulting in severe emotional disturbance. Judge Weinstein denied Jetblue’s motion from the bench, directing that discovery on all issues proceed expeditiously under the supervision of Magistrate Lois Bloom. The motion was argued for the plaintiffs by aviation accident attorney Jonathan C. Reiter, assisted by Steven Epstein and Meryl Schwartz, and for the defendant, by Christopher G. Kelly and Judith R, Nemsick of Holland & Knight LLP. The case is entitled Katherine A. Euler et. al. v. Jetblue Airways Corporation and Clayton Frederick Osbon, 12 Civ. 4140 in the Eastern District of New York.